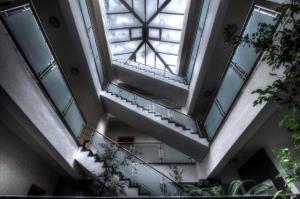 Lawyers who wish to practice their professional in Greece, should be members of any local Bar Association of the country (e.g. of Athens, Thessaloniki, etc). The number of the Greek solicitors listed at every Greek Bar Association is almost 43000. All of them are graduates of law schools of the Greek as well as of foreign universities.

In the past, it was very common between Greek attorneys to exercise their professional as sole practitioners – i.e use a space as their working office. However, the demands of the international environment have created different needs. Nowadays, people travel around the world more easily; they can even live at other places than their birthplaces. Greece as a Member state of the European Union is a country which can accept many visitors, tourists, new foreign inhabitants and businessmen. Greek lawyers are now undertaking legal cases outside the jurisdiction of the Greek courts. Clients require quick and reliable advice which would solve their legal problems around the world.
Hence, the establishment of a new institution i.e. law firms, was inevitable. A law firm is a new type of business which is formed as a partnership of lawyers who work together under a common firm name. This institution is very old in other countries, where as in Greece it first made its appearance in the eighties, but became very popular in late nineties. Today the Greek law firms have nothing to be jealous about comparing to any firm from abroad. This is confirmed by the fact that many Greek law firms are ranking among the highest positions in all the international legal recommendation guides.

This great achievement has been accomplished because Greek law firms combine the expertise of their solicitors in different areas of law practice for example: international law, commercial, company law, in order to offer integrated legal services. Furthermore many Greek law firms use to recruit many English speaking lawyers. The firms wish to serve their clients more effectively and therefore it is very important to exploit the qualifications of the Greek lawyers obtained abroad (master’s degrees, working experience). Because of the fact that Greece is chosen to be the operational center for plenty of American companies, there are many Greek-American lawyers in Greece (either Americans attorneys who live permanently in the country or either Greeks who have spent many years in the USA and subsequently they all have an in-depth understanding of both the Greek and the American legislation).

Traditionally, Greece has one major trading partner: Germany. Therefore it is vital that law firms employ German speaking advocates, in order to facilitate the communications and the transactions of the German clients who do business in Greece.
Some of the biggest Greek law firms are Athens based, since Athens is the capital and it is the major business hub of Greece. Despite this fact, there is also a great list of Greek law firms employing Greek lawyers in other big cities like Thessaloniki or Rhodes.
Greek lawyers realized that working in teams and not as self-employed lawyers was the only way to keep in pace with the demands of modern times and international economy. The institution of law firms in Greece is a new form of exercising the law science and professional. Greek law firms have evolved during time. At the beginning their main practice areas were mostly litigation. Nowadays, the role of Greek law firms is more complex than before, since they are dealing with a numerous different cases. Their clients are not only Greeks but also people from abroad.
There are a lot of people who wish to invest in Greece as businessmen, or to by property in Greece. Therefore it is important that law firms have the competence to deal cases of related to different aspects of law: international, corporate, real estate, labor, construction.
Clients having transactions within the Greek, the European or even international borders are now sure that Greek lawyers are reliable, flexible committed and competent cooperators with high levels of experience, skills and knowledge.