In case of a heritage that involves beneficiaries from different countries, then heirs and relatives have to deal with some complicated issues. The most crucial question (that would sort out 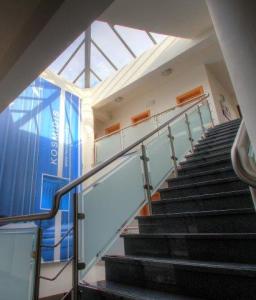 all the inheritance procedural steps) to be answered is “which is the law applicable?”
This is a quick presentation of the most important provisions of the Greek Inheritance Law:
1. Choice of law applicable –Applicable Law

a) Principles of nationality law
Succession because of Death is regulated by article 25 of Introductory Law of Greek Civil Code or by article 28 of the Greek Code of Civil Procedure Succession because of Death depends on the deceased’s nationality by the time of his/her death. Greek Law (in contrast to German Law) does not give the testator the opportunity to choose which law would be applicable to his/her estate- even if he stated differently in his holographic will.
According to present laws both in Greece and in Germany, the deceased’s nationality by the time of his/her death is the critical point for the whole procedure. If the deceased had the Greek nationality, then succession is regulated by Greek law (time limit for renouncing an estate, methods for estate acceptance, capacity to inherit, etc)

b) Exceptions:
Greek law gives some exceptions that regard the implementation of nationality law, the reserved portion and the disposition upon death.
If a Greek national was living abroad for 25 consequent years prior to his/her death, then Greek law is not applicable regarding the reserved portion.

c) Amendments of legislation as from 17 August 2015
According to the European Regulation 650/2012 in matters to inheritance law, which will be valid as from 17 August 2015, the succession will be regulated exclusively by the law of the Member State the deceased had his/her habitual residence by the time of his/her.
2. Special characteristics of the Greek Inheritance Law

a) Reserved Share
Relatives who are the legal heirs are grouped in following “classes” as defined in the Greek Civil Code.

Second class
According to article 1814 of the Greek Civil Code, the second class heirs are the deceased’s parents, his/her siblings (who inherit equal parts of the estate), their children and the grandchildren. The latter inherit per stirpes. Children of any pre-deceased brother/sister exclude any grandchildren from their inheritance rights.

Third class
According to article 1816 of the Civil Code, grandparents of the deceased or their children or grandchildren are the third class heirs.

Forth class
According to article 1817 of the Civil Code, grand-grandparents of the deceased are the 4th class heirs.
Matrimonial law
A spouse does not belong in any of the above classes as he/she is not a relative of the deceased. According to article 1820, a spouse is a legal heir and if he/she inherits along with first class heirs, then his/her portion reaches ¼ of the estate, regardless the number of children. If the spouse inherits along second, third, and forth class heirs, his/her portion of the estate reaches ½.

Fifth class- Exclusive spouse’s succession right
If there are no other relatives, a spouse is the sole heir, according to article 1821 of Civil Code.

Sixth Code
The Greek state if there are not any other relatives of any of the above classes or a spouse, at the time of the devolution of inheritance.

3. Renouncing of an estate
According to article 1847 of the Greek Civil Code, heirs have the right to renounce an inheritance within a certain timeline. If this timeline passes without the heir making use of his/her right, then it is assumed that the heir has accepted the estate (article1710 of Civil Code).
The Greek State is excluded from this provision. It cannot renounce an inheritance. The renouncement of a succession is a uni-lateral declaration which is free of terms and clauses, it has a certain format and it cannot be recalled. It defines that the temporary heir does not wish to accept the share. The heir is obliged to submit the renouncement declaration in-person, to the Court of Inheritance. The renouncement can be filed by a third person on behalf of the heir, but a certification “Special Power of Attorney is required”. This certification is handed to the clerk of the Court.

Timeline
According to article 1847 of the Civil Code, the heir should submit the renouncement within 4 months, from the time of inheritance devolution. This deadline expands to 12 months if the deceased’s last domicile was abroad, or if the heir was living abroad when he/she became aware of the estate. In cases of succession by virtue of a will, the timeline begins from the date when the will was probated. The deadline is not valid if the heir has a false idea concerning the properties of the succession. 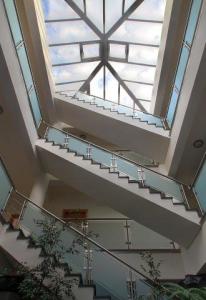 4. Consequences
According to article 1856 of the Civil Code, in case of renouncement, it is assumed that the devolution of the succession never took place. The heir who renounced is considered as if he was never an heir. Consequently, the share would be devolved to that person who would be an heir, if the person (who already renounced the heritance) were dead.

It should be noted that the estate can be shared under intestacy or by virtue of a will.