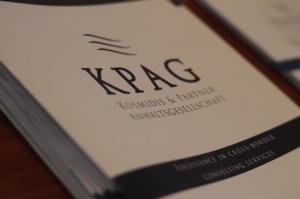 In the context of debt recovery and acceleration of enforcement of judgment in Greece, an interested party should address to an expert lawyer. The latter is responsible for deciding whether the whole procedure should be accelerated or not, after having taken into account some criteria such as costs, possibilities of success and duration of the process. He will also decide whether the debt collection can be done at regular pace and whether the existence of an enforceable title will speed up the enforcement procedure in Greece.

If the enforcement procedure is to be accelerated (if there is a foreign enforceable title), then this title will determine how the whole will begin. Below, there are some examples:

A. Legal frameworks that classify a foreign title as an enforceable order in Greece

European legislative amendments have already regulated the enforceability of German court judgments and other enforceable titles in Greece. These amendments can be found in European regulations and older bilateral conventions between Greece and Germany. More specifically:

The above conventions have been replaced by new up-to-date European regulations such as:

The Regulation 805/2004 introduces some amendments which accelerate the enforcement procedure under certain conditions, without prior declaration of a title as an enforcement order.

B. Declaration of enforceability of a title

According to the Regulation 44/2001 titles, authentic instruments and court settlements which are enforceable in one Member State can become enforceable in other Member state if an application for declaration for enforceability is filed by an interested party.
This application is submitted to the court with the competent authority by reference of the domicile of the applicant. In Greece, the presence of a lawyer before Greek courts is mandatory; therefore the applicant should seek the lawyer’s assistance.
The interested party applying for a declaration of enforcement, should alsoproduce the following documents (as described in articles 53 and 54 of the regulation 44/2001):

Greek courts do not have the authority to check whether the title is irreconcilable to the Greek law. It can check though the typical details of the title.
Greek courts can refuse enforceability of a title, under strict circumstances: if the title violates the Greek public policy, if the necessary documentation (that instituted the proceedings) was not served to the defendant in sufficient time in such a way to enable him to defend himself, if the judgment of the court of the Member State is irreconcilable with a judgment given in a dispute between the same parties in Greece. The court should produce its decision without delay and without the debtor’s hearing.

Once the Greek court rejects the declaration for enforcement of a judgment in Greece, then the applicant can benefit from legal aids of secondary courts. If, on the other hand the court accepts the declaration and the decisions should be brought into notice of the debtor, then the latter can appeal against this decision within one month. As long as the appeal decision is pendant, then the enforcement of payment cannot take place.

As mentioned above, the Regulation 805/2004 sets the framework which enables a title (judgment, court settlement and authentic instruments) on uncontested claims that has been issued in one Member State to be recognized and enforced in a different Member state. The court of origin can classify one judgment as European Enforcement Order. Article 3 of the Regulation 805/2004 sets the requirements for a title to be certified as

A claim is classified as “uncontested”, according to article 3 of the Regulation, when:

certification of the European Enforcement Order, which is an authentic instrument part of the enforceable title and it should be brought into the debtor’s notice in Greece.

D. Enforcement of judgment in Greece

Prior to any enforcement of judgment in Greece, it would be advisable if the customer sought for a lawyer’s advice. He will provide the customer with the necessary information that regards the recognition and enforcement procedures of foreign titles in Greece. Additionally, he will perform some audits about the financial situation of the debtor (e.g. audits about the immovable property through the Land Registry Office).