In Greece the lawyer’s monopoly is still in play. While in other countries, like Germany, the out-of-court consulting services has been opened to other professionals (e.g. http://de.wikipedia.org/wiki/Rechtsberatungsgesetz ), legal counseling in Greece is still restricted to the officially appointed lawyers. Under certain conditions, lawyers from other EU-countries can also offer their services in Greece, in the frame of free movement rules across Europe. In this respect the CCBE rules apply accordingly (http://www.ccbe.eu/fileadmin/user_upload/NTCdocument/MERGED_DOCS_13_10_094_1255439638.pdf). 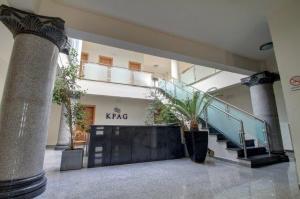 Both in Greece and other European countries lawyers appointed in one country can be granted appointment in other countries as well. In Germany, for example, such rules are included in the  EURAG (http://www.gesetze-im-internet.de/eurag/), while in Greece rules on the admission of foreign lawyers are included in Ministerial Decree 152/2000 and in the Greek lawyers’ code (http://www.ministryofjustice.gr/site/LinkClick.aspx?fileticket=X8CGgvbCKpo%3D&tabid=132).

Lawyers registered abroad are required to carry the title of their home country. The official title for a Greek lawyer is “Dikigoros”, while e.g. a licensed lawyer in Germany operates in Greece under the professional title “Rechtsanwalt”.

Lawyers from third countries may likewise settle, but may advise only the law of their home country.

The rules of conduct of Greek lawyers are included in “Kodikas Dikigoron” (Greek Lawyers’ Code – Law 4194/2013).

Thereafter Greek lawyers are, inter alia, obliged to exercise their profession conscientiously and carefully. For admission as “Dikigoros” or Greek lawyer, successful completion of a degree in law, as well as a one-year internship with a Greek lawyer is required. Subsequently, the admission to Greek advocacy can take place.

As example of other countries, in Germany graduation in law is made by successful completion of the 1st State Exam. The subsequent practice ends with the 2nd state exam, which enables access to the Lawyer’s and Judge’s profession.

In both countries, lawyers are approved by the competent bar associations in the district where they settle and get registered in the local lawyer directory. 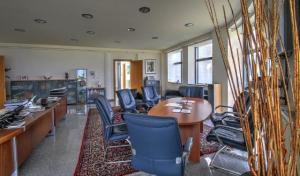 For admission in Germany proof of professional liability insurance is also necessary. This is not a requirement in Greece.

A licensed lawyer in Germany may handle cases in all courts, except for the Supreme Court, since the respective law amendment in 2007 (http://www.rak-muenchen.de/fileadmin/downloads/Newsletter/Staehle_Gesetz_zur_Staerkung.pdf). A lawyer in Greece (Dikigoros) can only handle cases before the court of peace, first-instance, appeal or the Supreme Court depending on the level of his / her appointment. However, no local restriction exists, meaning that a lawyer admitted in the appeal court may handle appeal-cases before Appeal Courts nationwide.

In Greece, a lawyer is required in order for any person or entity to present their case in court. Exceptions are

In addition, many lawyers in Greece also handle tax matters, as well as prepare of legal opinions, translations and legalizations.

Furthermore, professional sanctions are provided for in the lawyer’s code of conduct for professional violations

The establishment of lawyers’ companies is allowed in Greece. However, the inclusion of professionals other than lawyers is not allowed. While in other European countries lawyers may form corporations as well as limited liability companies or companies limited by shares, in Greece only the form of “civil lawyer’s company” is allowed; it is the so-called “dikigoriki Eteria”. For the establishment of a Greek lawyers’ company a resolution of the competent local Bar Association is required. This is issued after submission and examination of the articles of incorporation and respective promulgation thereof. Other disclosure obligations, such as the Commercial Register, do not exist. The Greek law firm is a type of partnership, therefore the partners are personally liable.